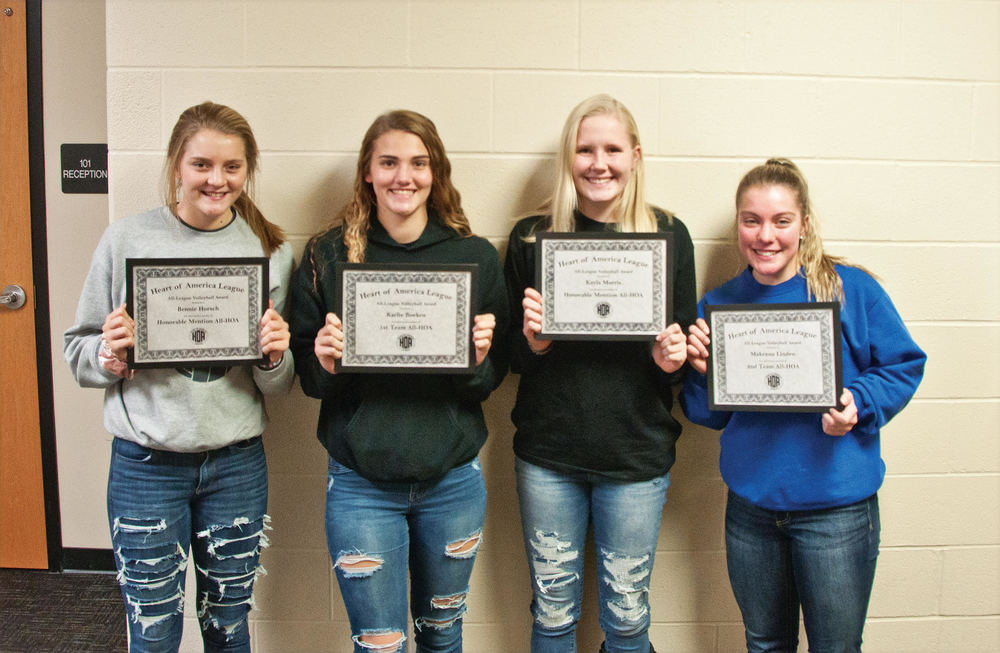 Congratulations to those SHS students that were named to the 2019 Heart of America League All-League Football and Volleyball teams!

The Lady Bears volleyball team placed four girls on the HOA All-League squads.  Those ladies were Karlie B on 1st team and Makenna L. on 2nd team.  Bennie H. and Kayla M. were named to the Honorable Mention squad.

The Black Bear football team well represented on the Heart of America All-League squads as well.  Nine players were selected by league coaches with a number of those players being named to squads on both sides of the ball.